Bummer about that bad news, eh chief? Just when you are taking the hits about your grossly overstated estimates of jobs saved or created, Oprah drops the bomb. She will be ending her show and LAYING OFF 600 EMPLOYEES. That doesn't look very good for your economic policies.
But I have an idea about how you can turn this lemon into lemonade. Here's the plan:
GOVERNMENT TAKEOVER OF HER SHOW. After all, it's "too big to fail." And YOU could be the STAR. Think about it; "The Obama Show." This could really work for you because there are so many similarities in you and Oprah that the transition should be nearly seamless and the success can be almost guaranteed.
And one other thing. By taking over her show, you could actually save 600 real jobs as well as creating one new job - yours, because you're gonna need it when you are fired in 2012.
I hope this has been a helpful suggestion. I remain happy to help whenever I can.

Email ThisBlogThis!Share to TwitterShare to FacebookShare to Pinterest
Labels: Letters To Obama, Sarcasm

Posted by hymns that preach at 8:29 PM 3 comments:

Email ThisBlogThis!Share to TwitterShare to FacebookShare to Pinterest
Labels: Sarcasm

Brown is the NEW Green

Fifteen years!
That's how long I have been the Administrator and President of Valley Christian Home (a residential facility for the elderly) in Hemet, CA.

And in all those years (and probably many more before me) we have been using those triple-fold paper towels in all our public restrooms and kitchens.

So a couple weeks ago I got involved in some purchasing activity after some staffing reductions (attributable to Obama's promises of Hope and Change). Staff had informed me that we were out of towels and needed to reorder. So when our supplier's sales rep showed up, I informed him of our need.

"Do you want the white towels or the 'green' towels" he asked.

"What are you talking about," I asked, "I've never heard of 'green' towels."

Then he explained, "The 'green' towels are the ones we used to call 'natural.' You know! The brownish colored ones that are manufactured from recycled paper."

"No thanks," I said, "I used to like green when it was a color in my Crayola box. Now that it is a religion, I hate green."

When you use too much Botox on your face, Do you think the tightening of your skin probably puts too much of a squeeze on your brain?

How else would you explain THIS? 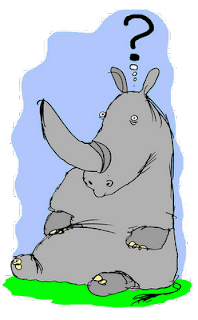 Posted by hymns that preach at 9:51 PM 2 comments:

Posted by hymns that preach at 3:14 PM No comments:

Email ThisBlogThis!Share to TwitterShare to FacebookShare to Pinterest
Labels: Sarcasm

I've just added this one to my arsenal. When they come and take our guns away, I will still have my assault pitchfork.

I am already a member of the NRA but I'm thinking about starting a new organization - the NPA (National Pitchfork Association).

Looks great hanging from the mantle in my office, don'tya think? 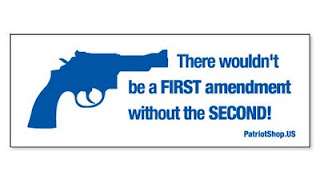 Posted by hymns that preach at 7:51 AM 2 comments: