SO THAT WE NEVER FORGET

I’m posting this for two reasons:


1. SO THAT WE NEVER FORGET
2. To inform a generation of ignorant young people who have wasted years in public indoctrination facilities (schools) where they learned NOTHING worthwhile about real science, history, biology, or basic reading, writing, and math skills.

Most people have heard the numbers – approximately 6 million Jew were exterminated by Hitler's nazi regime.  But that was not the total extent of Hitler's list. There were millions of others killed among which were:
About 5.5 million Soviet civilians who refused to bow down to Hitler's regime.
Nearly 3 million prisoners of war.
Approximately 1.8 million non-Jewish Polish civilians.
312,000 Serb civilians
Around 250,000 institutionalized elderly people with various disabilities.
Between 196,000–220,000 Roma (gypsies).
1,900 Jehovah's Witnesses.
At least 70,000 repeat criminal offenders who were deemed to be socially unfit.
An undetermined number of German political opponents and resistance activists in Axis-occupied territories.
And at least 250,000 Homosexuals.

The real casualties, of Hitler’s regime, are estimated to be about 11,000,000 (eleven million).
That is equal to the entire population of Wyoming, Washington DC, Vermont, N. Dakota, S. Dakota, Alaska, Delaware, Montana, Rhode Island, New Hampshire, Maine, and Hawaii COMBINED! 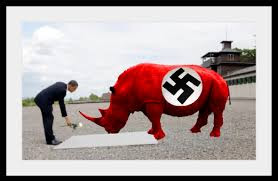 We are raising a whole generation of young people who are enthralled with and attracted to Nazism. To them, I offer this warning: You are really going to hate the new world you are trying to create. Wake up before you screw up this country. And learn to VOTE RIGHT.

Posted by hymns that preach at 12:24 PM No comments:

****LETTER TO PRESIDENT BIDEN ABOUT CRIME AND PUNISHMENT

(This is NOT an open letter; it is a copy of my real letter sent on April 2, 2022, to Joe Biden, the President of the United States.)


I am in full agreement with your Democrat party, your predecessor, Barack Obama, and the mainstream, fake news media; it is time for you to step up and do something about mass shootings and other fatal gun crimes.

But gun control is NOT the remedy.  Here is what we, the freedom-loving, law-abiding citizens of the United States, deserve and should expect from you and our government.

We don't need long, drawn-out psychological investigations or excuses about what occurs in the shooters' heads. It doesn't matter if the shooters are mentally ill. Nor does it matter why they shoot. Knowing why is not going to bring back the dead, satisfy their families, or protect our society.

What we need from our government is swift and fair trials for the accused. And, if they are convicted, we need long incarcerations without early release or, better yet, speedy executions. That is the biblical and the constitutional responsibility of our government; to "wield the sword" in the execution by a blind (that means indiscriminate) system of justice.

The commission of crimes must have just and deterring (an eye for an eye) consequences for criminals; we don't need our government to administer rehabilitation, correction, medical or psychological treatments, or any other ineffective, touchy-feely nonsense.

So, Mr. President, you should man up and insist on the right and appropriate constitutional punishment of all criminals, NOT their victims. And if our government starts doing its job, the penal system can be, once again, an effective deterrent.  Crime rates will decrease, you will be respected, and we, the people, will all be safer. (And, by the way, I wonder why Hillary still walking around free?  But I digress.)

Your first 15 months in office have been disastrous but there is still time for you to man up, and re-direct and restore some semblance of honor to you and your office. You have the opportunity to either protect or destroy this nation. You have the constitutional authority to enact justice, punish real criminals, and protect all the patriotic law-abiding citizens who really love this country.

Mr. President, this letter just addresses one aspect of your disastrous leadership (or lack thereof). Your actions will determine your legacy. Will you be remembered as the president who passed the buck or hid his face during our country's destruction, or will you be honored among a few great leaders who worked hard to uphold our constitution, protect our heritage, and keep America great? You still have time to exercise some courage, protect our great nation, and redeem your honor but, frankly, I don't believe you have the will or the desire to serve and protect our constitution and our country.

I hope I am wrong.