***MAMAS, LET YOUR BOYS GROW UP TO BE MEN

When I was a boy, my friends and I couldn't wait to grow up and become adults.  I remember when I was in the fourth grade and got my first job.  My mother didn’t even know I was selling newspapers until she bumped into me in the grocery store.  After the initial shock, she mellowed out and allowed me to continue because she knew it was good for me.  It wasn’t much but it was my job.  I earned my pay and I used it to pay for my stuff.

That was in 1957.  For a while, that year, my dad was working in Monterey (some distance from our home) so he stayed weekdays, in a motel room and came home on weekends.  One week, during the summer, he took me with him.  Every morning we ate breakfast and then he went off to work and left me, with a few coins in my pocket, to entertain myself until he got home in the evening.  I spent the entire week discovering the beautiful old town of Monterey.  I walked the streets, visited shops, museums, and historic places, and talked to lots of people (and I am only telling this, now, because both my parents are deceased so you can't report them to C.P.S and have them arrested for child neglect).  It was a great adventure for a nine-year-old boy. 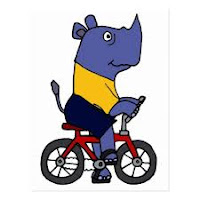 Even at that age, I had a bicycle (which I paid for myself) that afforded a great deal of freedom and mobility around town.  And as a Cub Scout, I was learning all kinds of skills I would need to survive and be productive; we learned how to fix things, shoot things, cook things, and make things.  Everything we did was with a view toward self-reliance, personal responsibility, and maturity.

We learned, in the school of hard knocks, that “sticks and stones can break my bones but words will never hurt me.”  We learned how to defend ourselves from bullies.  We learned that boys don’t cry and that wounds heal without a doctor (in fact, they are battle scars that we shared as badges of honor).  We learned that life has winners and losers; we kept score when we played games.  We played dodge ball.   We learned that our self-esteem was not important; our self-respect was.  We rode our bikes without helmets and we drank water from garden hoses or streams.  We learned that boys never hit girls, that men open doors for ladies, that you don’t steal, and that you respect other people’s property.

We were boys in training to become men.  And we learned the art of manliness from our fathers, grandfathers, uncles, scoutmasters, pastors, and other men in our lives whose collective purpose was to launch us out of dependency and into maturity and productivity.  Every kid I knew had a father at home and each of them was partly responsible for my upbringing and discipline.

When I married, my wife and I were both 21. That was in 1969 and, in those days, that was a typical marrying age.  Not long ago Dennis Prager was doing a segment on his radio show about the failure of young people to mature.  He noted that the average marrying age in the U. S. was about 30 and, even at that age, women are marrying boys.   And, at that time, we even have a president who thought it necessary for kids to stay on their parents' health insurance policies until age 26.  What’s up with that?  Throughout history, in most cultures, boys were considered to be men by age 12 or 13.  But today we have a newly invented age category called adolescence which is a lame excuse for immature, ignorant, foolish, children who have not grown up.

And the problem is identifiable.  It is a lack of necessary and beneficial socialization.  One day my oldest grandson was talking to a lady who complimented him on his manners and maturity.  When she learned that he was home schooled, she raised the typical, ignorant, and inane objection to homeschooling, “What about socialization?”

Well, what about that?  Kids today ARE socialized.  But it is the wrong kind of socialization.  They spend most of their time with their peers and very little time with adults.  As a result, most don't know how to carry on an intelligent conversation with an adult.  The real question is, “Why do we think it is a good thing for our foolish, immature, delinquent children to be socialized by foolish, immature, delinquent children?”  After all these years, we still haven’t learned that IT ISN’T WORKING.  Socialization of children is the responsibility of adults.

The good news is that there are some pockets of safe and sane socialization, in our 21st century American culture, such as Home School co-ops, Scouting, and Family Integrated Churches.  If you want your boys to grow up to be real men, you need to have real men in their lives.
"Foolishness is bound up in the heart of a child; The rod of correction will drive it far from him."  Proverbs 22:15
Posted by hymns that preach at 9:31 AM 3 comments: