Rhino Kills African Buffalo (not for the sensitive)

Barack Obama Is A Man Of His Word. Trust Him! 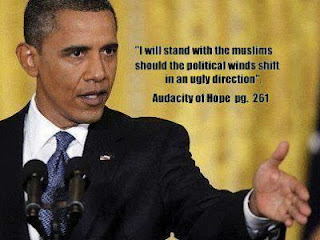 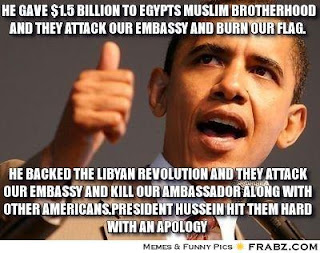 He Responded To Terrorist Attacks 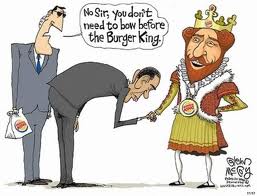 He Blamed The Victims

The Embassy of the United States in Cairo condemns the continuing efforts
by misguided individuals to hurt the religious feelings of Muslims –
as we condemn efforts to offend believers of all religions.
Today, the 11th anniversary of the September 11, 2001 terrorist attacks on the United States, Americans are honoring our patriots and those who serve our nation
as the fitting response to the enemies of democracy.
Respect for religious beliefs is a cornerstone of American democracy.
We firmly reject the actions by those who abuse the universal right of free speech
to hurt the religious beliefs of others.

I Voted For The American 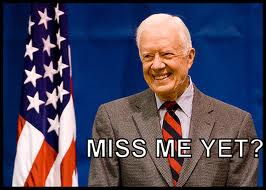 Posted by hymns that preach at 9:42 AM No comments:

Watch This, Then Go Ahead And Vote For OBAMA

Okay!  There are some out there who are still undecided.  You voted for Obama and now you are disappointed BUT you aren't excited about Romney.  I get it.  And there are only about 60 days left for you to make up your mind.

So I would suggest that you consider giving your vote to Barack Obama BUT ONLY after you are thoroughly convinced by this 13 minute video documentary.  Listen to Him then trust Him.  You can know that you are doing the right thing.

If not, then go ahead and vote for the other guy.


Posted by hymns that preach at 7:14 PM No comments:

You Didn't Make That

Children are born with good sense.  They have to be brainwashed into liberal ideology.  Hopefully they will grow out of it later in life.


The President claims that His words were, unfairly, taken out of context.  Well, IN context, His comments are stupid.  There is no mistaking what He meant.
Posted by hymns that preach at 2:49 PM No comments: