My First Letter To Governor Brown; How To Fix Public Restrooms For The Gender Confused

I knew it; I just knew it.  All that pot you smoked back in the sixties must have really scrambled your brain.  Signing AB1266 was the dumbest one of the dumbest things you have ever done.  What were you thinking?  Just because the circus freak show in Sacramento, otherwise known as the California legislature sends queer, whacked out, drug inspired bills to your desk is no reason for you to check your brains at the door when you go to work in the morning.  You are supposed to be the Governor, for cryin’ out loud.  You're supposed to have more sense.

Anyway, all this gender confusion crap about which restroom to use seems, to me, easy enough to fix.  The problem is with lame new definitions of old words (no doubt a result of too many people wasting too much time under the tutelage of the public education system).

Enough of all the LGBTTIQQ2SAK PC gendercrap.  Here is my simple solution:

Do not use the words, “MEN” and “WOMEN.”   Those used to be good words.  We used to know what they meant.  Not so much anymore.  Today they are defined by how a person “feels” or wants to be instead of what he is (and I use that gender word generically the way we were taught back when school was the place where children were taught how to read and write and count and think, but I digress).  No person can possibly be confused about the actual physical characteristics of his anatomy.  Even elementary school kids know, "girls have innies and boys have outies."  It’s the same method doctors used, pre-ultra sound, when they proclaim one’s gender on the delivery table.  As soon as the baby’s body became visible, everyone knew what it was.  In fact, that is the same info that is recorded on every person’s birth certificate.  If you doubt that, please look for yourself; nowhere on that certificate does it say, “to be determined in six to ten years when the child can decide for himself.” 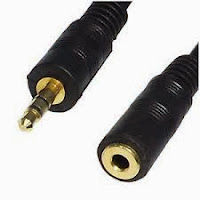 So that should end the confusion and stop the insanity.   Restroom signs should be designated MALE and FEMALE.  For those who can’t read, we could have symbols.  Not the normal symbols illustrating figures with pants and skirts.  Those are too confusing.  Anyone who wants to wear a skirt might think he can use a female restroom.  Instead, the symbols might depict, male and female electrical connections, for example.  Everyone knows what that means because, after all, girls have “innies” and boys have “outies.”


When I was a kid I visited my cousin in Scotland, SD.  A sign on the restroom in the city park said “The Dog House.”  There were two doors; one for “pointers” and one for “setters.”  There was no confusion, even then, for us unsophisticated nine-year-old kids.  We all knew which door to use.

Basically, it comes down to this; if you don’t know what you are, stand in front of the restroom mirror, pull your pants down, and take a close look.   If you see something that none of the others in the restroom have, get out and stay out.  You’re in the WRONG PLACE because, you know, girls have “innies” and boys have “outies.”

I hope you have found these suggestions helpful and I am happy to be of service.

Posted by hymns that preach at 4:22 PM 3 comments: