Shared via AddThis
Posted by hymns that preach at 4:58 PM 1 comment:

Email ThisBlogThis!Share to TwitterShare to FacebookShare to Pinterest
Labels: Favorite Quips and Quotes

A young mother I know was relating an incident that occurred not long ago. She had bumped into an older woman who had been missing her and her family in the church.

My friend told her that they had been visiting other churches and were considering a move. When pressed for an explanation, she began to describe their frustration with the lack of biblical substance in their church. She explained that the influences on her children were not compatible with and supportive of the fundamental biblical doctrines and the Christian values that she and her husband were teaching at home.

That explanation seemed to surprise and bother her questioner who thought it strange that the young couple would be so concerned about biblical teaching. After all, their church offered so many wonderful accouterments, benefits, and various attractions for members of all ages and preferences. How could anyone not be satisfied?

When I heard that, my first thought was that THIS IS A NO-BRAINER. Christians need the solid meat of the Word; not quick snacks and spiritual junk food.

This young mother has small children and she knows, instinctively, what they need. As infants, they needed milk; they demanded milk; they screamed for milk, and they 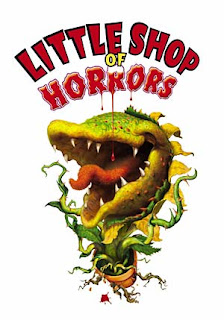 could not survive without it. As they grew, she began to feed them solid food. Without food, we die. We require it for growth, nourishment, health, and satisfaction.

So there is a good reason that God uses words like milk, meat, and bread as metaphors for His Word. It is what we need for our spiritual health and growth. Even Jesus, himself, when tempted by Satan said, "Man shall not live by bread (physical food) alone but by every Word that procedeth out of the mouth of God." Matt. 4:4. Just like the monstrous plant in The Little Shop of Horrors, we should crave the meat of the Word and demand from our pastors, "FEED ME!"

I think it is interesting that, when Jesus asked Peter, “Do you love me?” He followed with this command, “Feed my sheep.” 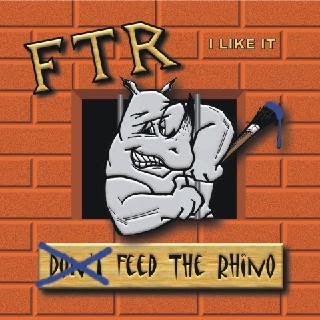 The Apostle Paul instructed Timothy to “...preach the Word; be instant in season, out of season; reprove, rebuke, exhort with all longsuffering and doctrine.” 2 Tim. 4:2

Neither Jesus nor Paul instructed pastors to be entertainers, social workers, activity directors, or event planners. They simply charged them to FEED THE SHEEP. ows act like hypocrites. She sees them in the restaurant after church on Sundays. They wear their Sunday clothes, put on their Sunday smiles and talk their Sunday talk. They all hold hands, bow their heads and corporately give thanks to God for the food and fellowship. And then the most amazing transformation takes place. They begin to complain about the food and the service, they are rude to the waitresses and they leave lousy tips. Regretfully, I had to agree with her; I’ve seen them too! Sometimes Christians embarrass me with their behavior. I think it would be better if they would keep quiet about their profession so no one would know.
Alexander the Great received a message that one of his soldiers had been continually, and seriously, misbehaving and thereby shedding a bad light on the character of all the Greek troops. And what made it even worse was that this soldier's name was also Alexander. He sent word that he wanted to talk to the errant soldier in person. When the young man arrived at the tent of Alexander the Great, the commander asked him, "What is your name?" "Alexander, sir," he replied. The commander looked him straight in the eye and said forcefully, "Soldier, either change your behavior or change your name."
This story has a lesson for each of us. When we call ourselves Christians, we are identifying with Jesus Christ. Does our behavior honor the one we represent or are we an embarrassment to Him?
“If you claim to be religious but don’t control your tongue, you are just fooling yourself, and your religion is worthless.” James 1:26
Posted by hymns that preach at 8:00 AM 1 comment:

Email ThisBlogThis!Share to TwitterShare to FacebookShare to Pinterest
Labels: Fruits and Nuts

Don't Confuse Me With The Facts, I've Already Made Up My Mind.

“All Things Considered" is a commentary program of national public radio. Some time ago, Dr. Drew Westen of Emory University, a well respected psychologist, was commenting upon how our feelings can predict our political decision irrespective of the facts. Westen studies the way that psychology and politics intersect, and he says a familiar format in cable TV news works with the way our brains are wired. Here is what he said:

"We've grown accustomed to hearing two versions of every story, one from the left and one from the right, as if the average of two distortions equals the truth. You've seen this on TV. The journalist provides the skeleton of the story; it's then up to partisans to try to graft flesh onto one side or the other of its clanking bones.

"For example, I heard a news anchor begin a segment about missing explosives at the al Qaida munitions dump in Iraq. He described claims that weapons were missing and then handed it over to a Democrat and a Republican to dress the skeleton in red or blue. In fact, however, the munitions were missing, and the subject of the debate that followed, when they disappeared, was a question of fact, not interpretation, unless, of course, Democrats and Republicans live in different time zones.

"Unfortunately, this format--from the left, from the right--capitalizes on a design flaw in the human brain. We have a tendency to believe what we want to believe. We seek information and draw conclusions consistent with what we want to be true. I've been studying this kind of emotion-driven political thinking over the last several years, and the results are sobering. For example, during the disputed election of 2000, we could predict whether people would believe that manual or machine counts are more accurate just by knowing their feelings towards the two parties and the two candidates.

"When people draw conclusions about political events, they're not just weighing the facts. Without knowing it, they're also weighing what they would feel if they came to one conclusion or another, and they often come to the conclusion that would make them feel better, no matter what the facts are.

"An experiment completed right before the election shows just how powerful these emotional pulls can be. Here's what we told the participants. A soldier at Abu Ghraib prison was charged with torturing prisoners. He wanted the right to subpoena senior administration officials. He claimed he'd been informed the administration had suspended the Geneva Conventions. We gave different people different amounts of evidence supporting his claims. For some, the evidence was minimal; for others, it was overwhelming.

"A readiness to believe what we want to believe makes it all the more important for journalists to distinguish what's debatable from what's not. The line between facts and interpretations isn't always easy to draw, but presenting opinion as fact is not objective reporting. It isn't objective to preface news that's unflattering to one side or the other with phrases like 'critics claim' when it doesn't take a critic to claim it. There's nothing like a healthy debate, but there's nothing as unhealthy as a debate about the undebatable." (NPR Radio)

There was one sentence in that article that is shocking. "Adding the evidence into the equation allowed us to increase the prediction from 84% to 85%." In Dr. Westen's study, the actual number was 84.5%. His study centered around politics but the implications are broad. In the arena of faith, there are so many differences of opinions on truth.

A few years ago, I was discussing an important point of doctrine with a friend who had been raised and taught an errant view. After several weeks of examining scripture passages and contexts, he said to me, "You have presented overwhelming scriptural evidence in support of your view of the issue but there is just one problem; it is not what I have always been taught." For him, the facts did not make any difference. He based his beliefs on his feelings.

Unlike politics, in faith we have the absolute, authoritative and inerrant Word of God as the basis for our beliefs. This basic "design flaw in the human brain" that Dr. Westen referenced might explain why people are so willing to form their beliefs based on their emotions rather than the facts.

The old joke, "Don't confuse me with the facts. My mind is made up!" may be funny in politics but when it comes to matters of faith, believing the wrong thing could have disastrous, eternal consequences.
Posted by hymns that preach at 7:30 PM No comments: